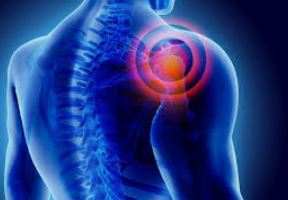 I was traveling to Gujarat for a 2-Day training program, and as usual, I told my participants on day 1 that if any of them had any physical ailments that weren’t getting cured by conventional treatment, I would be glad to help them out with the healing method that I used.

A participant told me that he was suffering from Frozen shoulder and that he wanted me to help him heal that. He put both of his arms out sideways and showed me  how his hands were barely going up to a horizontal level and if he tried to push them up, it was terribly painful.

I told him that I would work on him during the 10 minute tea break and accordingly, after having a cup of tea, I started working on his right shoulder and right hand. I used my palms to sense the energy field around his shoulder and upper arms and soon started getting strong communication signals from his body. I kept listening to the signals and kept working on his shoulder for about 5 minutes.

Then I stopped and asked him to check his hands. when he put his hand out, to his amazement, his hand could go completely up vertically, and that too without any pain, which was something that was impossible for him to do previously. All others who were watching this too were surprised on seeing this miraculous change. I told him that I would work on his other shoulder and hand too in the evening after the day 1 training session was over.

As promised, I worked on his shoulder and hand in the evening for 5 minutes but there was no change in his condition at all. The right hand had become perfect but the left side wasn’t getting cured. I too was wondering why it didn’t work this time. I told him that I’d try again next day in the morning and when I tried it again in the morning, it still didn’t work. I realized that there was something that was blocking the process.

Then I felt that my mind or his mind that was attached to the outcome was probably blocking the process. So I decided to completely drop my attachment to the result and I also decided to treat him when he was not aware that I was working on him.

During a particular topic, I had given participants some group work and they were fully engrossed in building a certain model.  I quietly stood behind this person and without his knowledge, started working on his left shoulder standing a couple of feet away. After doing the treatment for about 5-7 minutes, I tapped on his shoulder and he was startled to see me behind.

I asked him to try lifting his left hand up and to his shock and surprise, he was able to lift it completely to the top of his head. he checked and realized that he was now able to comfortably and painlessly lift both of his hands up above his head.

He later told me that he had undergone several months of physiotherapy for this problem without any results and was very happy that in just 24 hours, his frozen shoulder was completely cured.

The above story is from the year 2016 sometime in November or December. I have another recent experience of healing frozen shoulder in 5 minutes, which I will share in another post.

If this experience excites you, I recommend that you too should consider learning this wonderful method of healing.